25 Sci-Tech Developments That Offer A Peak Into The Future 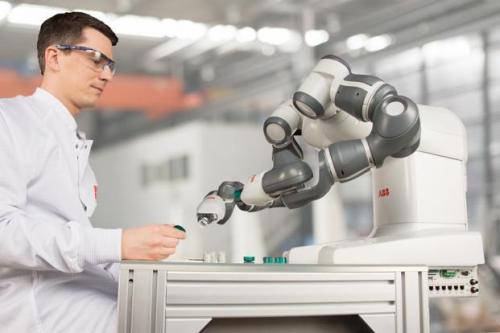 December 20, 2015
If you recall all the high-tech transparent technology Tom Cruise used in Minority Report, you may wonder why they are yet to become a reality even though it’s well over a decade since that movie was released. It’s batteries that pose a big problem, according to a 14 November press statement, since they have thick materials.
With a technique known as spin-spray layer-by-layer (SSLbL) assembly, Yale researchers have created ultrathin and transparent films from single-walled carbon nanotubes (SWNT) and vanadium pentoxide (V2O5) nanowires to serve as battery anodes and cathodes—in a bid to work around the issue.
The work was done at the lab of André Taylor, associate professor of chemical and environmental engineering, and the results were published online in the journal ACS Nano. Forrest Gittleson, a post-doctoral associate at Yale in chemical and environmental engineering, is the lead author.
The researchers acknowledge that there are still challenges to overcome before transparent devices can be mass-produced, the biggest obstacle being “improving the conductivity of these thin electrodes”. To address the issue, the researchers created a new “sandwich” architecture that integrates conductive SWNT layers and active cathode materials to enhance performance. The next step, Taylor said, is creating a transparent separator/electrolyte—the third major component of a battery. It’s how the lithium ions travel between the anode and cathode.
“Nature has already demonstrated that complex systems can be transparent,” Gittleson said. “In fact, earlier this year, they discovered a new glass frog species with translucent skin in Costa Rica. If nature can achieve it through evolution, we should be able to with careful engineering.”
Companies are indeed interested in transparent devices. On 18 November 2014, Apple Inc. was granted a patent for an invention relating to a method and system for displaying images on a transparent display of an electronic device. Furthermore, the display screens may allow for overlaying of images over real-world viewable objects, as well as a visible window to be present on an otherwise opaque display screen. Apple credited Aleksandar Pance as the sole inventor of the granted patent.
In June, Samsung Electronics unveiled the first commercial use of its mirror and transparent OLEDs (organic light emitting diodes) at the Retail Asia Expo 2015. Samsung had rolled out the first mass-produced transparent LCD panels in 2011 and Philips’ HomeLab R&D outfit had demonstrated an LCD mirror TV in 2004.
Meanwhile, Ubiquitous Energy, a start-up that was spun off from Massachusetts Institute of Technology in 2014, has developed a “transparent solar cell technology to market to eliminate the battery life limitations of mobile devices”, according to a 28 May release by Ubiquitous Energy co-founder and CEO Miles Barr. Implemented as a fully transparent film that covers a device’s display area, the company’s “ClearView Power technology” transmits light visible to the human eye, while selectively capturing and converting ultraviolet and near-infrared light into electricity to power the device and extend its battery life.
External link:
http://mintonsunday.livemint.com/news/25-sci-tech-developments-that-offer-a-peek...